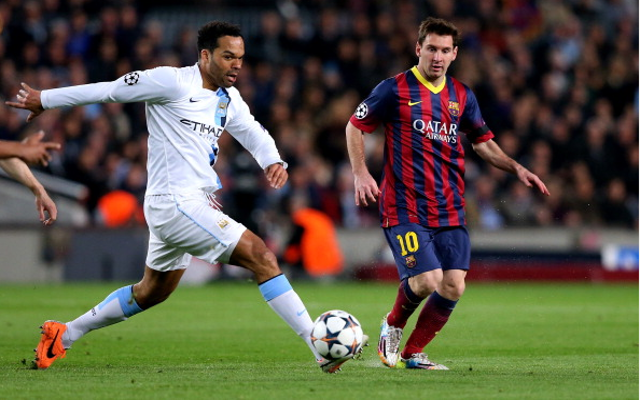 Manchester City defender Joleon Lescott is considering a move to the United States of America, according to the Daily Mail.

The 31-year-old is available as a free transfer this summer, after being released by City following five seasons at the Etihad Stadium.

Major League Soccer side Portland Timbers have reportedly tabled a contract offer worth £1.2m a year.

Portland, who are currently languishing towards the bottom of the Western Conference, are keen to strengthen their squad.

Lescott would not be the first international star to play for the franchise, with Argentina midfielder Diego Valeri, Colombia’s Diego Chara and Canada’s Will Johnson already on the current roster.

Portland are not the only club to be linked with Lescott. Premier League duo West Ham United and Aston Villa are also said to be interested in the former Everton and Wolves man.

Lescott made 160 first-team appearances during his City career, which saw him lift the Premier League twice, as well as winning the FA Cup in 2011 and the League Cup in 2014.

Lescott has been capped 26 times by England at senior international level, but he has not represented the Three Lions since March 2013.