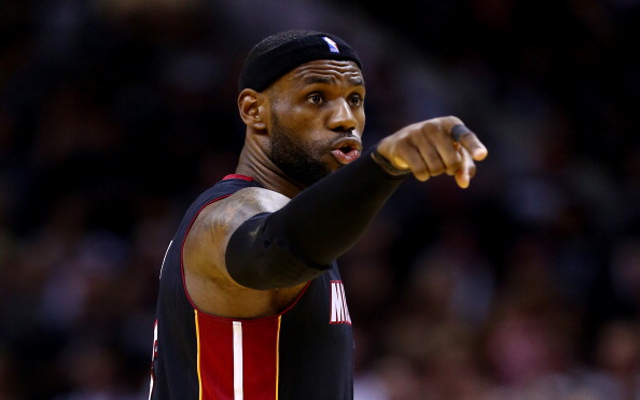 Watch the basketball superstar’s video of the intruder as Germany played Argentina.

Basketball superstar LeBron James was in attendance at the 2014 FIFA World Cup final as an official guest – and he put his seat to good use, using his fine view to record the moment that a pitch invader was briefly able to evade stewards at the game.

James seemed hugely amused by the incident, which saw a well-known Russian prankster run topless across the pitch, getting awfully close to a couple of the German players before being apprehended.