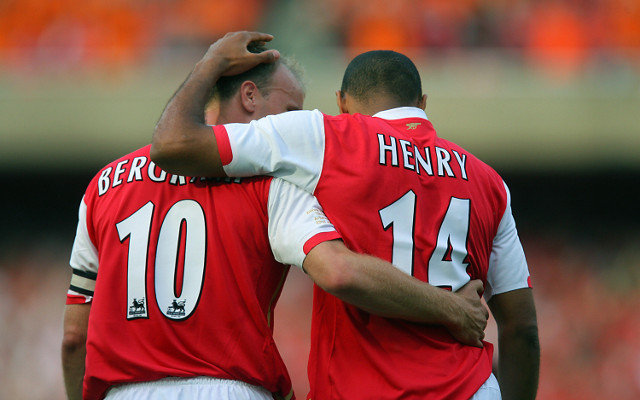 The Arsenal legends are two of the most naturally gifted players the Premier League has ever seen.

Together their talent created a partnership that oozed class – and helped the Gunners to both league titles and FA Cup success.

They complemented each other perfectly, with Bergkamp often providing the assist to Henry’s killer finish.

They scored over 200 times between them and were an essential part of Arsene Wenger’s ‘Invincible’s’.