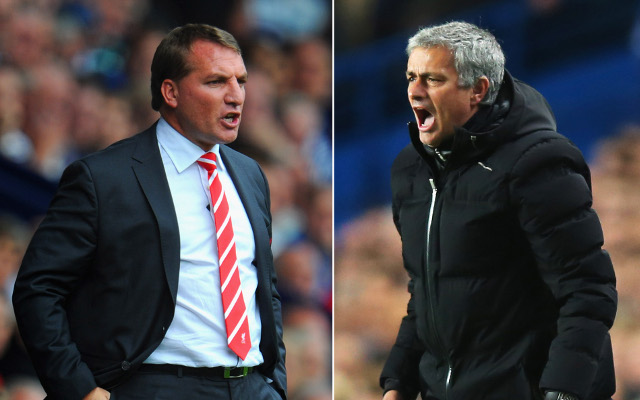 Following Chelsea’s extra-time win against Liverpool in the Capital One Cup semi-final, Jose Mourinho has taken a swipe at Reds manager Brendan Rodgers, as reported in the Liverpool Echo.

A critical Mourinho seemed annoyed that Rodgers gave no credit to his goalkeeper Simon Mignolet, and highlighted their character difference.

“We worked at Chelsea for a few years, but we are very different people,” Mourinho began.

“He is what he is, he is a fantastic manager but we are different people.”

The Chelsea manager’s comments seemed to be fuelled by Rodgers claiming Diego Costa stamping on both Emre Can and Martin Skrtel was “poor”, while Mourinho passed them off as ” absolutely accidental”.

Mourinho continued, “He goes to the ball, he chases the ball, the opponent is on the floor and they have contact. He puts his foot there, when he’s looking for the ball.”

Brendan Rodgers is likely to be disappointed at Mourinho’s comments due to the close relationship they were thought to have. The Liverpool boss famously worked underneath Mourinho a decade back during the Portuguese’s first spell in the Premier League.

Liverpool were beaten by a Branislav Ivanovic goal four minutes into extra time, despite matching and perhaps bettering their opponents for much of the game…