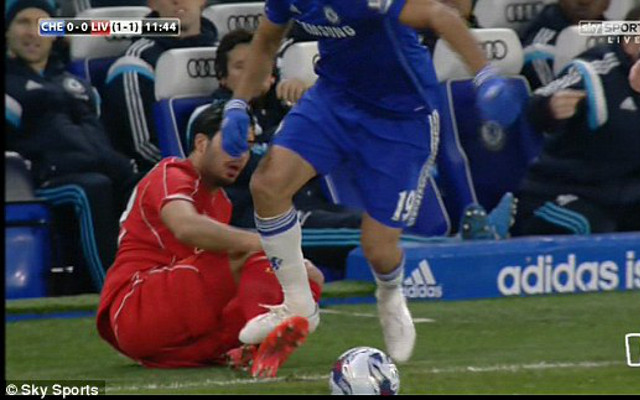 Sky Sports pundit Thierry Henry has hit out at the controversial incidents in the second-leg between Chelsea and Liverpool, insisting that Diego Costa did cross the line, reports Sky Sports.

Referee Michael Oliver failed to see either stamp from Costa and the striker subsequently went unpunished – but could face retrospective action.

Henry believes that the Blues forward intentionally stamped on Liverpool’s Emre Can in the 12th minute, telling Sky Sports:

“You can see clearly that he meant that,” said the Arsenal legend, who recently retired from professional football with New York Red Bulls.

The Premier League’s highest ever scorer also admitted that passion and aggression is an attribute he admires in the sport, but nevertheless believes that this can occasionally turn into violence.

“I love the passion, I love the aggression but I think he went too far there,” the Sky Sports pundit finished.

It is still unsure whether the Spanish forward will face retrospective action for his stamps.