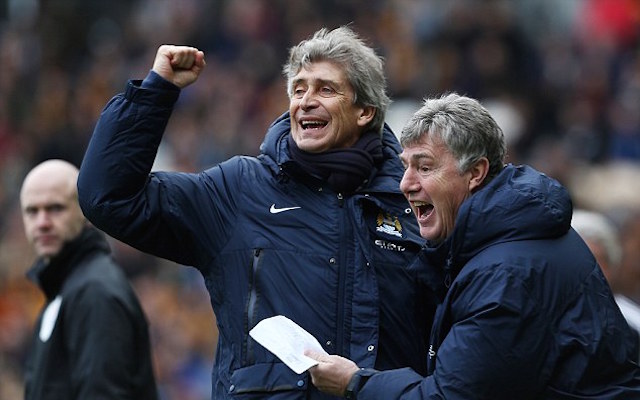 News will come as music to Pellegrini’s ears…

Chelsea summer signings Cesc Fabregas and Filipe Luis are both struggling to be fit for the Blues table topping title tilt with Manchester City this weekend.

Spain midfielder and former Arsenal captain Fabregas limped off against Liverpool in the second half of his side’s 1-0 win over Brendan Rodgers side after colliding with his own captain; John Terry.

Filipe Luis, meanwhile, was substituted late into the game with a calf injury and could also be missing for Chelsea’s crucial tie with second placed Manchester City at Stamford Bridge.

“Filipe [Luis] was a calf and Fabregas was a hamstring,” said Jose Mourinho after his side had confirmed their place in the Capital One Cup final, reports the Daily Star.

“Fabregas told me he wasn’t yet injured [after colliding with Terry] but that he would be in a few moments.”

Chelsea go into the match with City five points clear of Manuel Pellegrini’s side but will be wary not to write off their main rivals for the Premier League title yet after already losing an eight point lead gained earlier this season.