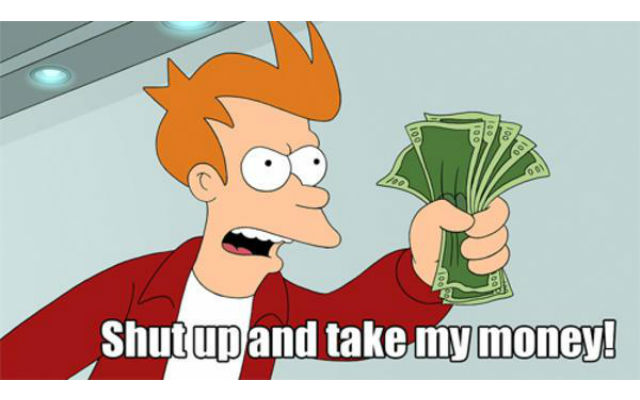 Fresh cash injection should ease the burden on fans, but will it actually be used that way?

With the news that Premier League clubs are in line for a massive cash injection thanks to the reported £5.1bn Premier League TV rights deal in place, many will be wondering if the news will have a positive effect on fans beyond new players for them to watch.

It’s no secret that supporting a Premier League club is becoming ever more expensive, with some clubs topping out at around £1,000 per season for a season ticket – and that’s not taking into account the cost of away tickets/travel/refreshments/etc. – and the dwindling crowds at some grounds aren’t just hitting club’s in the pocket but also harming the league’s reputation.

A club’s revenue stream from tickets is low compared to things like Merchandise and TV deals, so why do they continue to charge such exorbitant amounts?

Bald spots in stands are so frequently seen at many Premier League games, as they fail to acknowledge who actually supports them. Chelsea, for example, still charge fans a minimum of £750 for a season ticket, and £50 for a single match day ticket despite the average weekly wage in the UK being set at £26,000pa – a number which doesn’t take into account the cost of living in London.

West London neighbours QPR had a novel way to combat their dwindling attendances by introducing the notion of postcode lotteries, offering discount tickets and money off merchandise to encourage supports to keep coming back.

That is all well and good, but most fans want success, and with no disrespect to QPR, their chances of success pale in comparison to Chelsea’s.

Obviously, the supply and demand element for tickets is still there, and if people are paying the money then club’s will be less inclined to drop the prices. But thanks to the rise of such movements as StandAMF the problem is highlighted in a way it never has been before.

With the rise of this latest TV deal, it wouldn’t be unfair to expect that subscription prices will inflate to match it, however, the competition on the pitch will likely decrease as an even larger chasm between the already rich and the rest grows, meaning that the regard for the fans of clubs outside the top four will naturally decrease.

Ultimately, it would be a good show of faith of behalf of these sporting behemoths, to decrease the cost of support for their fans, especially those who have travelled to far flung corners of the glide to cheer them on, as well as those who have suffered and toiled season after season in a relegation battle – they should not be forced to pay through the nose for sub-standard football.

There is already a generation of fans that have grown disillusioned with the sport thanks to over zealous advertising and all to predictable outcomes at the end of the season, and if the Premier League wants to continue growing in its own country then they would do well to pay heed to this by putting a price cap into place.

It would prove unpopular, no doubt, but to maintain the integrity of the sport it would be vital. More money will always get people excited, but with this and the possibility of Sepp Blatter winning another term in charge of FIFA, football could be set to take a bigger knock than it would appear on the surface.