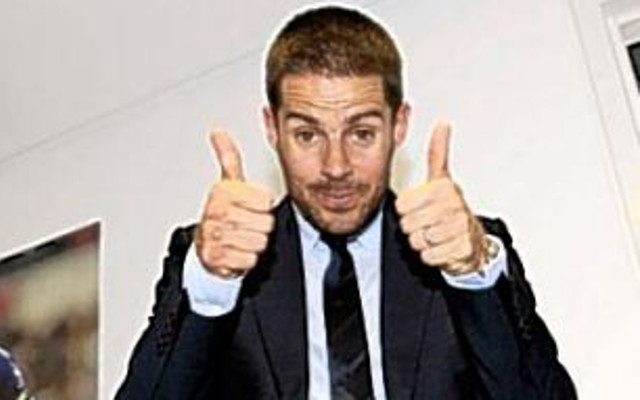 The pundit was protecting one of his other former clubs, Tottenham Hotspur…

Richard Keys has accused Jamie Redknapp of once attempting to fight an Arsenal fan, in his personal blog.

The former Sky Sports presenter has claimed that the supporter was lucky that there was some glass between the pair. The incident occurred during the Gunners’ 4-4 draw with fierce rivals Tottenham, who the 41-year-old’s father Harry managed at the time.

Keys was talking of how Redknapp has been accused of upsetting Chelsea manager Jose Mourinho. He said, “I can believe the suggestion though. I lost count of the times I had to calm him during the many occasions I worked with him. There’s a guy at Arsenal can thank his lucky stars there was glass between him and Redknapp the night of the 4-4 v Spurs at the Emirates.”

He continued, “Jamie lost the plot completely. He wanted to fight him. It was the last time we let him work on a game that one of his Dad’s teams was playing in. He would often get too close to individuals he liked, or not, and couldn’t offer objective opinions.”

The scathing attack on the retired midfielder comes as Sky is also accused of shirking its responsibility when it comes to giving an objective view of proceedings. The Portuguese is unhappy how Diego Costa was branded a ‘criminal’ for his stamp on Liverpool’s Emre Can, but Burnley player Ashley Barnes hasn’t had the same treatment after a horror tackle on Nemanja Matic.