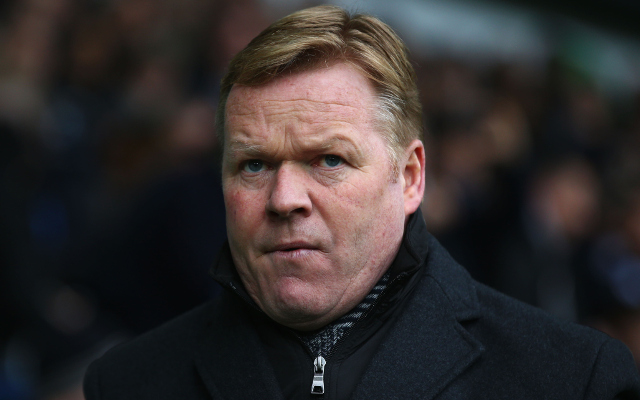 Ronald Koeman is still confident that the Saints will be in Europe next season.

Southampton manager Ronald Koeman believes that his side need just five more wins to secure a place in Europe next season, according to the Daily Echo.

Ahead of tomorrow’s game against Crystal Palace, Koeman said, “Tomorrow is a difficult one but the first out of 11 games but still we are in a high position in the table. The focus for the players is to win five of 11 games and 61 points and that means in my opinion European football.”

After a blistering start to the current Premier League season – which saw the Saints touted for potential Champions League qualification – the Dutchman’s side have struggled in recent weeks, with just one win in their last six in all competitions, a run which included FA Cup defeat to tomorrow’s opponents.

Southampton’s recent struggles appear to be in front of goal, where they have only managed to find the net once in their last five games, but Koeman is optimistic that – based on previous performances – a good run of form is not far away.

“We look back what happened the last few games, struggling in scoring goals, but still I think we play out of a good organisation and we don’t receive a lot of goals but in an attacking way we have to improve ourselves and that is the question,” he added.

Despite having still to play Chelsea and Manchester City in their remaining eleven fixtures, Koeman’s target of five victories seems achievable, as the Saints have six of their remaining games against teams in the bottom half of the table.

Ronald Koeman complains of poor treatment ahead of talks over Barcelona future May 16, 2021 7:03
FC Barcelona

Major boost for Ronald Koeman as Barcelona put finishing touches to the transfer of his number one target May 15, 2021 22:06
FC Barcelona