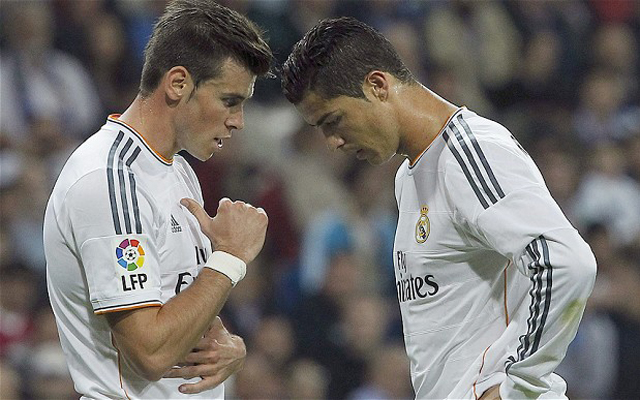 Manchester United will bid for Cristiano Ronaldo and misfiring Welshman Gareth Bale this summer as the pair’s fractious relationship could lead to their sale according to Graham Hunter, quoted in the Express.

Both Ronaldo and Bale have suffered criticism from Real Madrid’s expectant fans following a poor run of results from new year. Los Blancos were beaten 4-0 by bitter city rivals Atletico Madrid, knocked off top spot in La Liga and very nearly knocked out of the Champions League, following a 4-3 loss to Schalke at the Bernabeu.

Gareth Bale was subject to jeers and whistling from his own fans during an 829 goal drought, which he ended with a brace in a 2-0 home win against Levante, celebrating by cupping his ears to the Bernabeu crowd.

Hunter believes a transfer for the pair is by no means out of the question and said, “There is a very clear opinion among the two Manchester clubs, and I mean City as well as United, that they think they have an opportunity to come and buy Ronaldo.

“Honestly, my opinion is we have to wait and see because I think he (Ronaldo) will be tempted. He will be asked by both Manchester clubs. I think that goes for Bale too.”

Real Madrid play Barcelona next weekend in what could be a title deciding El Clasico at the Nou Camp, with Los Blancos sitting one point behind their hated Catalan rivals in La Liga.