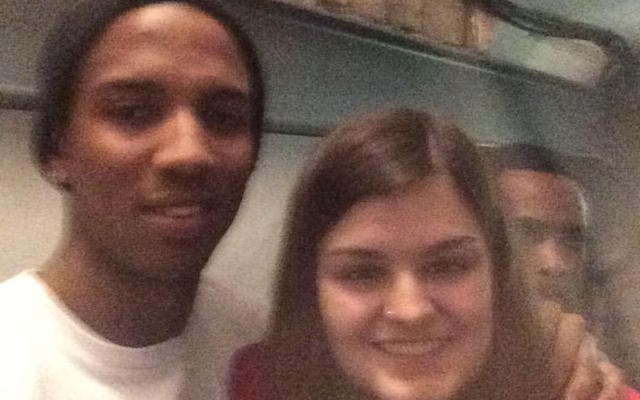 A Manchester City fan tweeted how her phone had been broken by Man United’s Ashley Young while taking a selfie and to her surprise he replied and offered to repair it.

Annie Taylor, a 20-year-old student, met the United star in a Manchester bar and asked for a picture, the Red Devils winger obliged but accidentally dropped her mobile phone, smashing the screen.

Annite Taylor then took to Twitter and jokingly said Young should replaced it and “offer to pay for the new screen” – but to her surprise, he did!

Young apologised profusely to the fan before telling her to follow him so he could get the screen sorted.

@DomAnderson_1 @youngy18 or say sorry. Or offer to pay for the new screen

Speaking to the Manchester Evening News, Taylor said: “I only put it on Twitter as a joke. I never expected him to contact me.

“When I saw him I asked him for a picture and he said yeah. Then he dropped my phone and saw I had an Aguero cover.

“I’ve got an iPhone 5S and I have never smashed the screen on it, or any other phone. This is the first time.

“But his manager said they would replace it whatever the cost. I think he can probably afford it.”