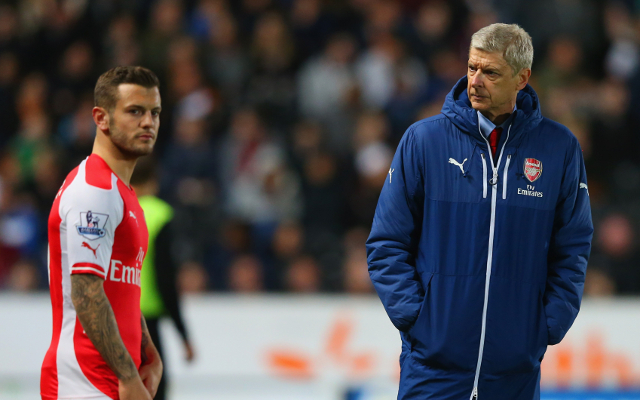 Arsenal midfielder Jack Wilshere made his long awaited first team comeback in the 3-1 victory against struggling Hull City on Monday night, and judging by the reaction on social media it is safe to say that many Gunners supporters are pleased to see him back.

The England international had not played an competitive match for Arsene Wenger’s side since sustaining ankle ligament damage in the 2-1 defeat by Manchester United at the Emirates back in November, but came on as a second half substitute for Aaron Ramsey against the Tigers.

Wilshere looked very sharp in a cameo appearance and could have marked his comeback with a goal in the dying stages of the game but was denied from close range by James Chester, otherwise he was impressive at the KC Stadium as Arsenal cruised to victory and moved level on points with second placed Manchester City.

His return to action will provide even further selection problems in midfield for Wenger as the Gunners look to end the season a high by finishing in the top three and retaining the FA Cup.

Take a look at a selection of tweets that welcomed the sight of seeing the 23-year-old back in action after five long months out:

Wilshere is world class in 3 positions for club and country. Ha.

Wilshere was fantastic when he came on today

Wilshere is class out right, always has been

Even Huddlestone is presenting jack!! “I present the amazing wilshere who I bow down to he’s so much better than me” pic.twitter.com/u7D6a9x8TZ

Wilshere looked decent tonight! He knows he has to worked hard to get back in the team!