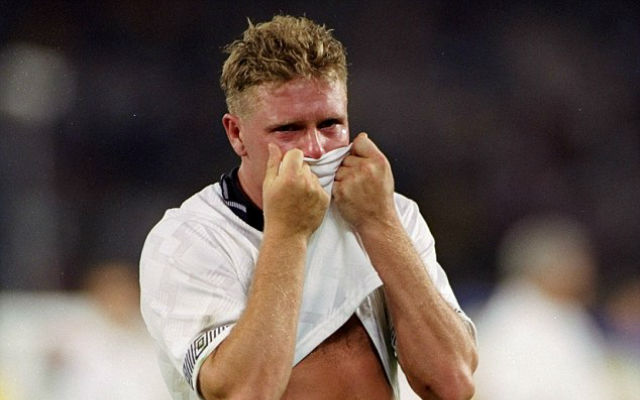 Paul Gascoigne, one of the most revered names in English football, releases a new documentary about his chaotic life next week, and we were lucky enough to catch up with him for a quick chat before it hits our screens.

Having endured a turbulent life since his playing career came to an end, the former England star wanted to give his fans and admirers, as well as curious observers, the chance to look at life the way he sees it.

The documentary, which follows on from the books and television movies made about him, and charts his career with the likes of Newcastle, Spurs, Lazio, Rangers and Everton to the present day, charting his progression as he battles his demons.

In good form, Gazza was warm and cordial as he spoke at length about what he wanted to show in the film. Opening at a premiere on Monday night at Brixton’s Ritzy Theatre.

The DVD is released on Monday 15th June, and you can view the trailer Arsenal News and Goals” target=”_blank”rel=”nofollow”>here.