Barcelona transfer news – four on their way to the Premier League.

Today’s Barcelona transfer news sees growing speculation that four of the club’s players could be on the verge of moves to England with Manchester United, Liverpool, and Arsenal.

The Catalan giants have struggled to keep all their players happy in this immensely talented squad, and rumours suggest this quartet will now be heading for the Nou Camp exit door… 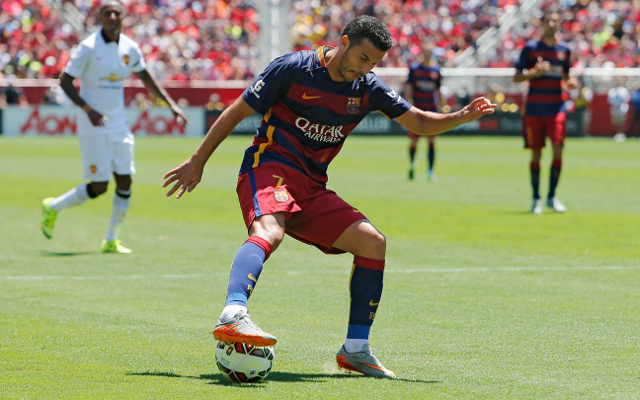 With Manchester United agreeing to pay his £21m release clause, it looks increasingly likely that Pedro will call time on his long Barcelona career and make the move to Old Trafford in the next few days.

SEE ALSO:
Arsenal XI if they sign Real Madrid duo before transfer deadline, with no room for Walcott or Ramsey
Transfer rumours of the week ranked by chance of coming true: Benzema Arsenal deal ON, Ramos Man Utd in the balance
Karim Benzema: Where does Arsenal target rank among top ten best strikers in the world? Aguero 2nd, Rooney 7th