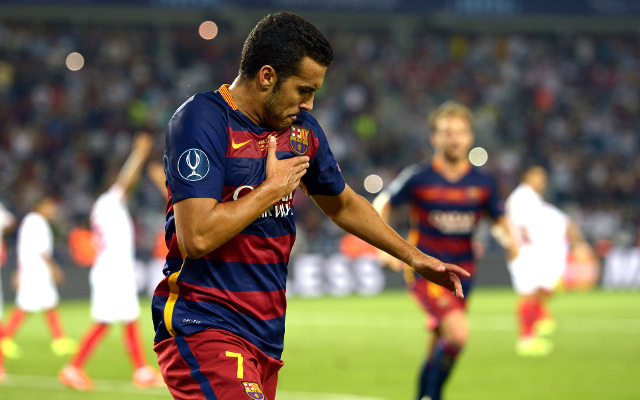 Chelsea and Manchester City are threatening to sign Barcelona winger and long-time Manchester United transfer target Pedro from under the Reds’ noses.

The Spanish international is considering an exit from the Nou Camp this summer after struggling for playing time last season, and it had looked for some time like a move to Old Trafford was inevitable.

However, according to the Daily Star, Pedro is now being chased by both City and Chelsea, with the Premier League runners-up perhaps offering the most money to Barca at the moment.

Manuel Pellegrini’s side could do with more in attack after struggling to sign Wolfsburg star Kevin De Bruyne, and Pedro would be a fine alternative.