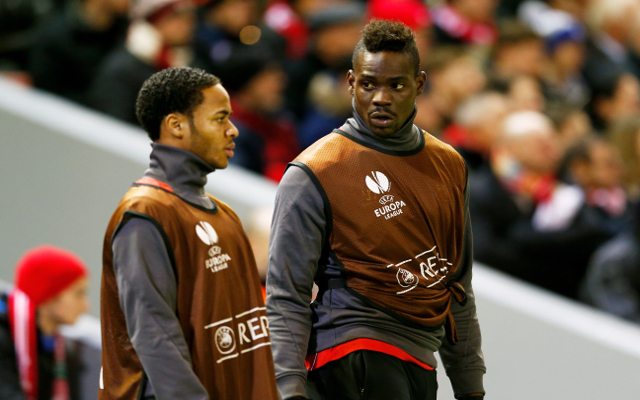 Manchester City are reportedly considering a shock move to re-sign Liverpool forward Mario Balotelli according to TuttoSport (via Goal.com).

The 25-year-old Italian international has proven a massive flop at Anfield and hasn’t even made the Liverpool match-day squad for their opening two Premier League fixtures of the season and the idea of a move back to the Etihad Stadium seems truly absurd.

Man City boss Manuel Pellegrini has seen Stevan Jovetic and Edin Dzeko both move to Serie A but the Chilean has welcomed in England international Raheem Sterling to boost his options in the final third.

Pellegrini has an embarrassment of riches up front with Wilfried Bony offering Man City a strong alternative to goal-machine Sergio Aguero.

Man City have scored six goals in their first two Premier League matches of the season and as such a move to bring in troubled striker Balotelli makes little or no sense.

During his time at Man City, where Balotelli became something of a cult hero, the Sicilian born marksman scored 30 goals in 80 appearances, of which 31 were from the bench.