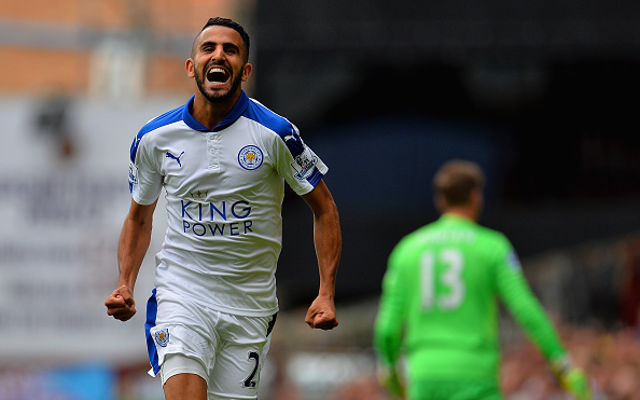 Arsenal are hoping to make a late move to sign in-form Leicester City forward Riyad Mahrez to strengthen their attack, according to latest reports.

The Gunners are joined by Roma and Villarreal as admirers of the talented Algerian international, who has made a blistering start to the new Premier League season with four goals in his first three games.

Mahrez could be exactly what Arsenal need up front after an unconvincing start from them, with players like Olivier Giroud and Theo Walcott not really firing.

According to the Daily Star, this has turned Arsene Wenger’s attention toward Mahrez, though Leicester insist the 24-year-old is not for sale this summer.