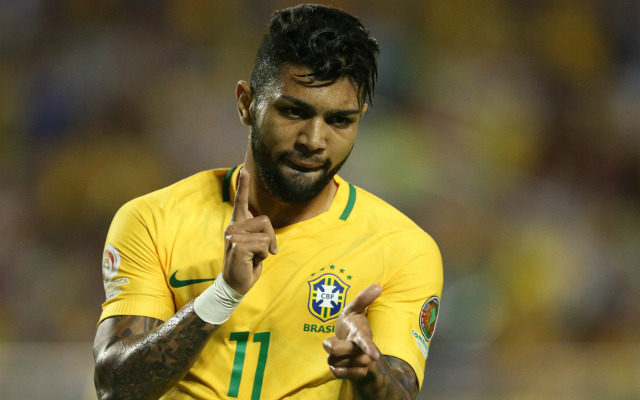 It appears Arsenal are in the hunt for a young Brazilian striker from a similar background as Neymar.

According to the Daily Mail, Arsenal have made inquiries about Brazil and Santos forward Gabriel Barbosa Almeida, also known as Gabigol. Per the source, his buyout clause is believed to be £15 million.

The Daily Mail noted that the 19-year-old Gabigol was chosen by the Brazilian national team to serve as the replacement for Neymar this past March.

Neymar, who joined Barcelona from Gabigol’s club Santos back in 2013, did not play for Brazil during the Copa America Centenario tournament in the United States this past month. He was a finalist for the 2015 FIFA Ballon d’Or, but lost to Barca teammate Lionel Messi.

Per ESPN Brazil, Fiorentina and Hebei Fortune have made offers to the Brazilian team for the teenage forward.

At the club level, Gabigol has scored 22 goals in 78 Brazilian Serie A appearances for Santos. Across all competitions, he has scored 54 goals in 148 appearances. He has helped Santos win back-to-back Campeonato Paulista titles.