There has already been plenty of speculation over the future of Diego Costa this summer.

In April, The Mirror reported that Atletico Madrid president Enrique Cerezo would “love” to re-sign the Chelsea striker, who has spent two seasons at Stamford Bridge since departing the Spaniards.

His first season was a huge success – 20 Premier League goals as Chelsea romped to the title – but his second year in England was much more difficult as he struggled for form and fitness.

A return to Atletico might appeal to the 27-year-old, but his latest Instagram post seems to be a clear commitment to Chelsea as he wears a Blues shirt while having a kickabout with friends. 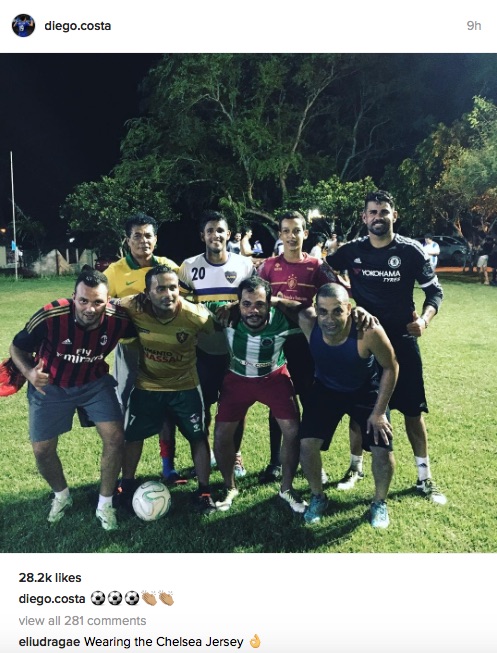 Costa is enjoying a summer break after being left out of Spain’s Euro 2016 squad. The reigning champions were knocked out last night by Italy and incoming Chelsea boss Antonio Conte.

And, judging by this picture, Costa will be working alongside Conte in London this season.