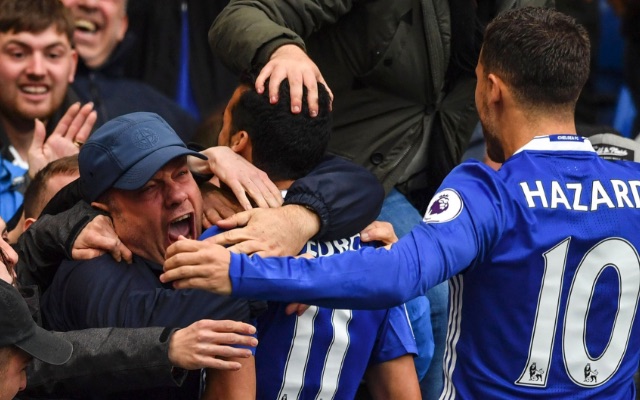 Chelsea have taken the lead against Bournemouth at Stamford Bridge thanks to a fantastic finish from Pedro.

Diego Costa is sitting out today’s game after picking up his fifth yellow card of the season. There were questions as to where the goals would come from in his absence. Will Michy Batshuayi fill in upfront? Will Conte field Eden Hazard as a false-nine? The answer appears to be … neither of them.

Pedro has continued his resurgence under Antonio Conte’s stewardship with a fine left-footed finish from the edge of the penalty area. The league leaders lead 1-0!

What a finish from Pedro. ? pic.twitter.com/MsEMYIlG75