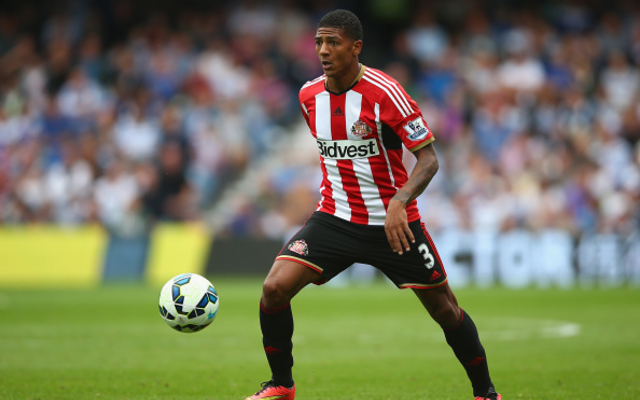 Sunderland manager David Moyes has confirmed that his side have rejected a bid from Crystal Palace for Patrick van Aanholt, report the Express.

Though a product of the Chelsea academy, van Aanholt was never given an opportunity to shine at Stamford Bridge. He subsequently joined the Blues’ partner side Vitesse on loan, where he fast emerged as one of the most accomplished full-backs in the Eredivisie.

His good performances in his home country earned him a move to Sunderland, where he has proved himself worthy of playing regular Premier League football.

One man who got to see van Aanholt’s quality up close was former Black Cats boss Sam Allardyce. As per the Express, he is keen to bring his former full-back to Selhurst Park, where he is now in charge of Crystal Palace.

However, the tabloid claim that Palace have had a bid rejected, with Moyes insisting that he wants to keep hold of his star players this month as his side look to avoid relegation: “I want to keep all my good players and build. Van Aanholt is a really important player for us, he’s done very well.”

It remains to be seen whether Allardyce will return with a more desirable offer.