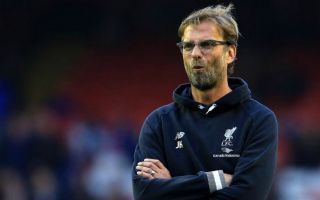 Liverpool have reportedly reached an agreement with Leicester City midfielder Wilfred Ndidi, but will still need to negotiate with the Foxes over the transfer fee.

That’s the claim made by French journalist Alpha Balde, as noted in the tweet below, which has also been covered by The Express.

With doubts remaining over Emre Can’s future given that the German international will see his current contract expire at the end of the season and he has yet to pen a renewal, Jurgen Klopp may need a reshuffle in midfield.

As noted by the club’s official site, Naby Keita is already set to arrive this summer from RB Leipzig, but based on this latest claim, Liverpool could be looking to add more quality and depth to their squad.

Ndidi, 21, signed for Leicester in 2017, and he’s since gone on to make 52 appearances for the Foxes as he continues to gain experience and develop his all-round game in the Premier League.

Having essentially been brought in to replace N’Golo Kante after his move to Chelsea, it shows the kind of job he’s expected to do and how highly rated he is by Leicester, with Balde adding that they will likely demand a big fee.

In turn, while he claims that there is a big development in that Ndidi wants the move, he isn’t suggesting that Liverpool are on the verge of announcing anything.

For those concerned that it feels a little random and may not be accurate, Balde has received plenty of tweets from Liverpool fans reminding everyone that he had some impressive insight when it came to revealing further details on Keita’s move to Merseyside and so they’re confident that his claim could turn out to be legitimate.

Thank you dear ! Toi remember ! My goal is not To have a Liverpool fans as followers. But i say what i know. On Keita i sas the one who told about keita’s deal and this january i said the first player dont move. https://t.co/Xs1nnAUwvP

Oiiiiiiii, this guy was consistently right about Naby not coming in the summer and jan so about time we got some good news from him https://t.co/ucJiNgp24K