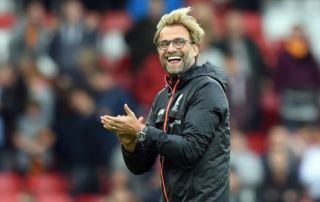 As noted by BBC Sport, Joe Gomez has been ruled out for six weeks with a leg injury, while Joel Matip will join him in the treatment room for the same period with a broken collarbone, as per The Telegraph.

While that creates an issue in central defence, Trent Alexander-Arnold also picked up a problem in midweek against Napoli in their Champions League clash and is expected to miss the clash with United, as per the Liverpool Echo.

However, Klopp could have a solution available as he noted in his press conference on Friday that Nathaniel Clyne could start at right-back to fill the void.

As noted in freelance injury analyst Ben Dinnery’s tweet below, Clyne has been training ahead of the crunch showdown and could start, albeit he may not have 90 minutes in his legs.

Having made just five appearances in total last season, Clyne has featured just once for the senior side so far this season and so evidently has been out of the equation for some time.

In turn, it could be a risk in itself to rely on him to keep things tight at the back having failed to play regularly, with Liverpool looking to ensure that they continue to boast the best defensive record in the Premier League beyond this weekend.

Nevertheless, given his limited options unless he perhaps uses James Milner in defence, Klopp could be forced to bring Clyne back into the line-up.

Nathaniel Clyne could return to the matchday squad after training normally for the past four days. “Is he ready for 90 mins, I don’t know. But is he ready? Yes.” #LFC

Video: ‘I’m not sure he will get on the plane’ – Liverpool legend says Reds star’s England spot in serious doubt