Tottenham are unlikely to make a large splash in the January transfer window, Tottenham’s key pieces of business during this period will be steadying things off the pitch.

Mauricio Pochettino’s men are exactly where they should be in the league table, it’s hard to argue that they aren’t the 3rd best team in the league.

Tottenham have quietly gone about their business this season, most of the eyes are on the heated title race between Liverpool and Manchester City and the rest of the eyes are focused on how Maurizio Sarri and Unai Emery are faring in their missions to transform Chelsea and Arsenal.

Tottenham can be forgiven for failing to really make any waves in the world’s best league… Can’t they?

With costs for Tottenham’s new stadium spiralling towards the £1billion mark according to The Telegraph, it’s unlikely that they will make any marquee signings in January but they are still understood to be ready to pull the trigger if the right move is available.

Tottenham are likely to employ the same sell to buy strategy they have used in recent transfer windows in January. The Lillywhites will likely only sign players once some of their deadwood is sold on.

So as a little Christmas present from all of us here at CaughtOffside, we’ve put together a number of recent transfer rumours covering both the ins and outs that can be expected at Tottenham once the transfer window opens next week…

The transfer saga surrounding Manchester United and Toby Alderweireld could be reignited when the transfer window opens next week.

According to the Evening Standard, United are looking to strengthen in central-defence in January.

The Red Devils will consult caretaker manager Ole Gunnar Solskjaer for his opinion on any signings but the club will be focusing on securing moves for their long-standing targets.

This essentially means that January is Tottenham’s only chance to sell Alderweireld for anything other than the pennies on the pound that will be put forward to them in the summer.

Alderweireld could yet sign a new contract to stay at Spurs and finally put to bed rumours over his future.

A major factor in his decision could be the chance to play one more year with his compatriot Jan Vertonghen before Vertonghen approaches the twilight years of his career.

Tottenham announced exactly a week ago that Vertonghen’s contract had been extended by a year.

Target-man Fernando Llorente’s time in North London is all but finished, the 33-year-old was only signed as a backup to Harry Kane in the summer of 2017 but his position in the pecking order has dropped even lower, this is down to the fact that Lucas Moura featured as a second striker to Kane this season.

The Evening Standard reported earlier this month that the Spanish international would like to return to his boyhood club Athletic Bilbao.

When asked when he would like to return Llorente said:

“Come back now or in summer? I do not know. It does not depend on me.”

“To go out in the winter market they would have to talk to [Tottenham chairman Daniel] Levy and I cannot do anything.”

The Spaniard came through the youth ranks at Bilbao and starred in the first-team before moving to Italian giants Juventus.

Llorente enjoyed a 17-year spell with the La Liga outfit and the forward is probably going to end his career where it began.

If Llorente is given a chance to return to his boyhood club in January, Tottenham will have the chance to bolster their forward ranks.

According to The Sun, Tottenham are interested in signing Josh King from Bournemouth but they will face stiff competition from Manchester United.

King’s highest scoring tally came in the 2016/17 season when the Norwegian netted 16 times for the Cherries. So far this season King has scored five times and assisted twice.

King is understood to be valued at £25m, a signing of King’s talent for this price could prove to be a bargain.

King is a graduate of United’s academy, the forward was on the books at Old Trafford for five years before making a loan move to Blackburn Rovers permanent.

Should the Red Devils come in for King in January it’s highly unlikely that he will say no to his countryman Ole Gunnar Solskjaer – Solskjaer is one of Norway’s most famous sportspersons.

King will also know Solskjaer well from his time as United’s reserves manager from 2008 to 2010. Tottenham will have to put an almighty deal in front of King for him to reject the advances of United.

Defensive midfielder Victor Wanyama is another man who may need to leave Spurs to get his career back on track, Wanyama was a mainstay for Mauricio Pochettino in his first season – Wanyama played in 36 league games during the 2016/17 season.

Pochettino tinkered with his system last season and just like that Wanyama’s appearances were cut in half, this season is going in the same direction for the former Southampton star.

Wanyama has only made four league appearances this season – three of which came off the bench.

The Football Insider reported that West Ham were considering a move for the combative midfielder in January, Manuel Pellegrini is seeking midfield reinforcements for his side.

The Hammers are currently 12th placed in the league and some more stability in midfield will allow the likes of Felipe Anderson and Marko Arnautovic to flourish even more in attack.

The Kenyan is currently sidelined with a knee injury, which could hinder any potential move away from North London in January.

Spurs will be hoping that they aren’t ridiculed at the end of the January window just like they were after the summer transfer window for making history for all the wrong reasons.

The North London outfit famously became the first team ever to not sign anyone in the summer transfer window since it’s introduction in 2003. 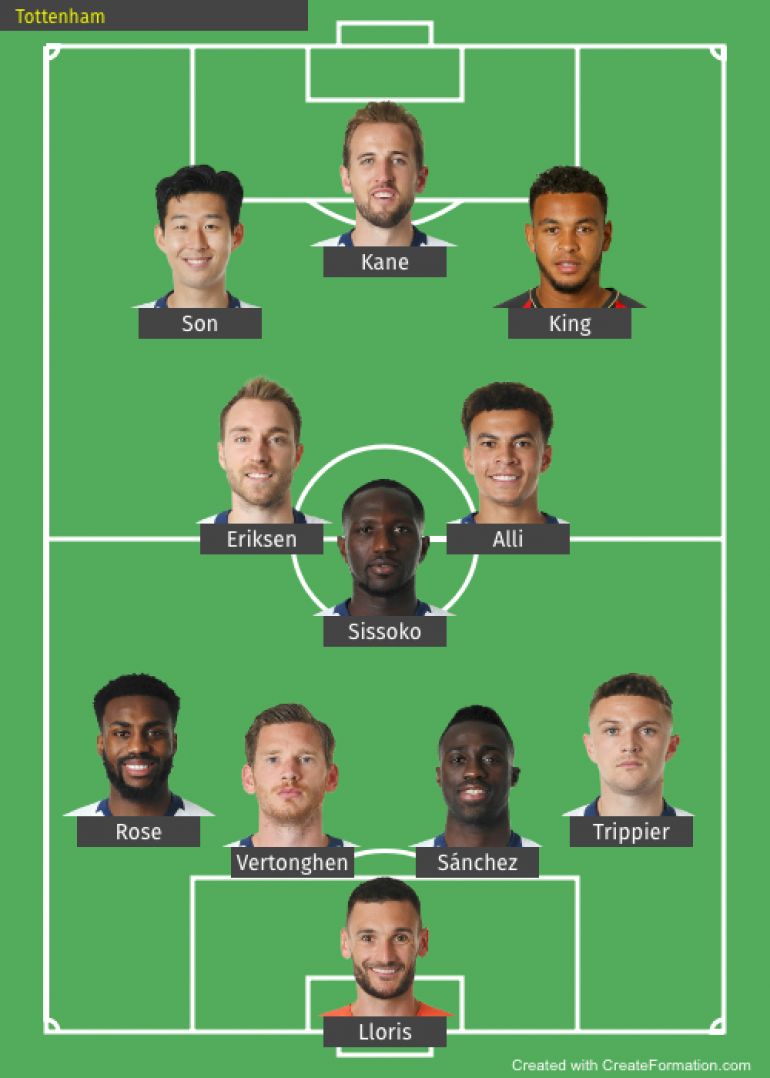