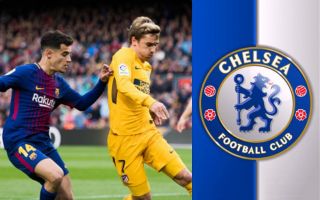 Chelsea are reportedly in talks over a potential transfer swoop for Barcelona attacking midfielder Philippe Coutinho.

Manchester United and Liverpool are also among the Brazil international’s admirers as he struggles for form just a year into his move from Anfield to the Nou Camp.

MORE: Barcelona closing in on surprise transfer as alternative to Chelsea duo

The Daily Express have linked Chelsea with making an approach for Coutinho, who is also on the agendas of Man Utd and his old club Liverpool, according to Don Balon.

With Eden Hazard looking more than likely to leave Chelsea for Real Madrid in the summer, it makes sense for the Blues to be in for a fine potential replacement in the form of Coutinho.

The 26-year-old was one of the best players in the Premier League in his spell with the Reds, and could perhaps do well to return to English football to revive his career.

Don Balon claim Coutinho would likely cost Chelsea around €120million, a price they suggest the west London giants are willing to pay.

However, that would mean a loss for Barca on the £145m+ they paid for the player just a year ago.