Barcelona manager Ernesto Valverde has shut down rumours that the Catalan giants are ‘scared’ following Real Madrid’s rejuvenation since Santiago Solari took over.

Los Blancos have worked themselves into second place in La Liga, despite enduring such a terrible start to the season. According to Sport, Valverde wasn’t too fazed by Madrid’s resurgence recently and the Spaniard responded to claims that his side were scared by telling reporters: “Scared why?”

Barcelona have a six point lead over Solari’s side, Atletico Madrid are just one point behind Madrid – so Diego Simeone’s side are very much still in the race for the title.

Scared why? We We always have the same rivals, Real Madrid, Atletico, Valencia… But we are not scared at all that they’re getting closer to us because we are top.” 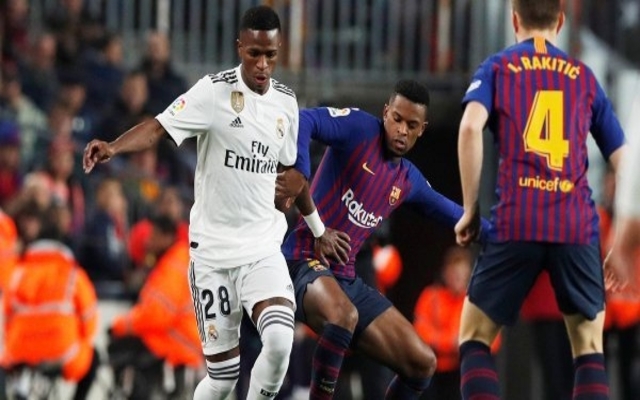 Barcelona will have to focus on more than just the league in the coming weeks. The Blaugrana will play Lyon in the first leg of their Champions League Round of 16 clash on Tuesday night.
The Catalan side will also play the second leg of their Copa Del Rey final against Real Madrid on the 28th of this month. Barcelona will then face Madrid once again in the league – just three days after the cup clash.

With such a tough set of fixtures coming up, Valverde will have to meticulously plan who he should rest and who he should reward with a chance to shine. One wrong move and the Blaugrana could fall out of their cup competitions and lose their grip on the league.

Valverde signed a new deal with Barcelona earlier this week, according to BBC Sport – the Spaniard has signed a one-year contract extension with the club.