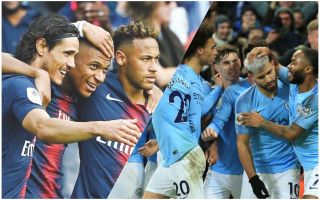 According to Don Balon, the Premier League champions would be prepared to offer €150million and throw star striker Sergio Aguero into the deal on top of that.

It remains to be seen if City can succeed with this, but Don Balon suggest Neymar could be available as PSG plan to build their side around Kylian Mbappe instead.

The French wonderkid has somewhat upstaged the Brazil international in their time together at the Parc des Princes, so it could lead to an early exit for the latter.

Despite Neymar’s struggles to really become the focal point of this PSG side, he’s shown throughout his career that he’s a world class talent who could improve most top teams.

The 27-year-old was a hit at Barcelona despite being somewhat in the shadow of Lionel Messi, and one imagines he could really come into his own in the Premier League.

City might be a fine fit for him given the style of play of Pep Guardiola’s side, and it could finally give him the opportunity to be the main man.

If this deal can be pulled off, it would also be exciting for neutrals to finally see a big name like Neymar come to English football.