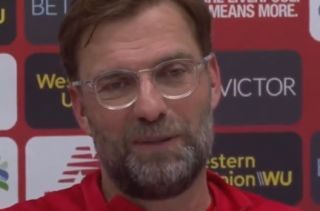 As noted by The Guardian, it has been reported this week that the Italian international has attracted attention from Liverpool, with a £60m valuation being placed on him.

The 27-year-old has had a decent season thus far, scoring 13 goals and providing seven assists in 38 appearances, and would arguably add quality and depth to Liverpool’s options up front.

However, it sounds as though Klopp isn’t interested in adding Insigne to his squad at Anfield, as he directly dismissed the talk in his press conference on Thursday afternoon, as per the tweet below from Paul Joyce.

With Liverpool continuing to challenge for the Premier League title and Champions League this season with one of the most feared attacking tridents in Europe, there is a case to suggest that they don’t necessarily need to splash out on another forward.

Nevertheless, in order to add quality depth to allow Klopp to rotate which would help them continue to compete on multiple fronts, adding a player of Insigne’s quality would be a sensible move.

It’s fair to say though that based on his assessment below, there are no plans to try and prise the Napoli forward to Merseyside any time soon, and so it remains to be seen where the Reds look to strengthen this summer regardless of whether or not they end up adding major honours to the trophy cabinet this season.