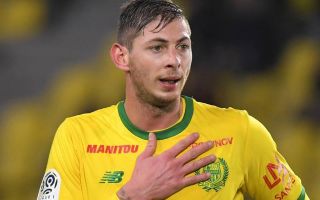 The Sala family are tragically grieving again this week as the former Argentine striker’s father, Horacio, has died after suffering a heart attack.

Salah died in January after the plane in which he was travelling from France to Cardiff crashed in the English Channel, with a funeral being held in his hometown to allow his loved ones and friends to pay their respects.

While that in itself was a tragedy as pilot David Ibbotson also passed away as a result of the incident, The Mirror report Horacia Sala has died at the age of 58 after suffering a heart attack during the night.

“2019 doesn’t let up in shocking us with news in this town,” mayor of Progreso Julio Muller is quoted as saying.

“At 5 o’clock in the morning, the lady, his wife, rang me and she was very upset. The doctors were there but when I arrived at their home, he had already died. He could never overcome what happened to Emiliano.

“When the body was found he thought the case would be closed – but all the news that came to light about the pilot was very difficult.”

It truly is tragic for the family to lose two members within three months, and it’s just hoped that their loved ones are able to cope with the grief with tributes and respects set to be paid this coming week.