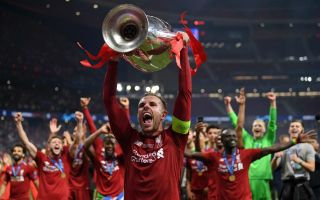 Liverpool captain Jordan Henderson has spoken out on the prospect of lifting the Premier League trophy without any fans being present.

Football is currently on hold due to the coronavirus pandemic, which has majorly disrupted the footballing calendar all over the world.

However, Germany have led the way by recently restarting the Bundesliga, albeit in empty stadiums as the virus seems most likely to spread rapidly in being crowds.

Liverpool fans will no doubt be hoping the Premier League can return this summer as their team are just two wins away from wrapping up the title, but it may be that they’re unable to get to Anfield to witness the moment themselves.

Games behind closed doors may be a reality we have to get used to for some time, and Henderson admits it won’t quite be the same without the crowd there to celebrate with the players.

Still, the midfielder also insisted LFC were focused on finishing the job once they do get the chance to get back on the pitch.

“Of course it would feel different because if you win any trophy and receive it without any fans there, it would be pretty strange,” he told the BBC.

“It is still not over. We still have work to do and we still need to perform at a high level right the way until the season finishes because we want to finish as strongly as we can to make sure it is a full season.

“After that, whether we win it or whatever, then [receiving] the trophy and the fans not being there… you just have to deal with it when it comes. Hopefully it does happen. We are still in a very good position.

“It will mean we have won the Premier League and we will all be very happy but then we can look to the future – and whenever fans are allowed back into the stadium, I am sure we will have some sort of celebration together.”

Jordan Chamberlain of Liverpool fan blog Empire of the Kop also admitted it was ‘heartbreaking’ that fans would not be able to take part in this big moment.

Speaking to CaughtOffside earlier this week, he said: “It’s pretty heartbreaking. But right now – given everything that’s happened – I just want to see the Reds officially win it on a football field and not find out about it via a press-release.

“It would have been a tremendous party in the city, even bigger than after the Champions League last year – but hopefully Jurgen Klopp can build a dynasty and there’ll be plenty more opportunities in the future.” 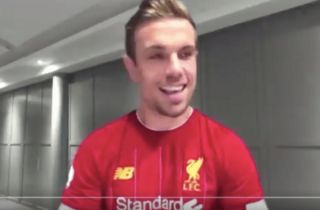