How do you improve a team that just won the Premier League title with a record number of games to spare, with 99 points, and with a collection of some of the very best players in the world in almost every position? Worryingly for Liverpool, there’s a pretty obvious answer, and they seem to be ignoring it.

The Reds were unquestionably the deserved champions this season, finishing 18 points against a Manchester City team that were themselves so utterly dominant in the previous two campaigns, and who will surely be back as a stronger challenger again next term.

Liverpool fans will be relishing this moment, basking in the glory of ending an agonising 30-year wait for the title, but a quick look at the league table would give me one major concern if I was Jurgen Klopp.

For now, the only statistic that matters if the points column, and Liverpool are comfortably ahead of City on that metric, but it’s quite alarming that second-placed City managed to score almost 20 more goals than the champions, with 102 to Liverpool’s 85 – that’s down from the 89 Klopp’s side scored as runners-up last season, and they’ve also conceded 11 more goals than they did last year – 33, up from 22.

Liverpool needn’t worry too much about that defence, which cannot be perfect every week, and which undoubtedly switched off quite a bit to allow uncharacteristic 4-0 and 2-1 defeats to Man City and Arsenal, respectively, which quite likely wouldn’t have happened had there still been something to play for.

Up front, however, there might well be a need for a change. As crazy as it sounds, that front three of Mohamed Salah, Sadio Mane and Roberto Firmino may be passing its peak as a force, with defences perhaps smartening up with how to deal with them.

Salah’s goal tally has dropped with every passing season at Liverpool, with the Egyptian’s final tally of 23 in all competitions this season almost half the 44 he managed in that remarkable debut season; of course, there’s no denying Salah is a victim of his own brilliance as he set such high standards for himself, and no one’s saying he’s now a bad player by any means, but perhaps not the lethal goal-scorer in the Messi or Ronaldo mould that we all thought he might be. 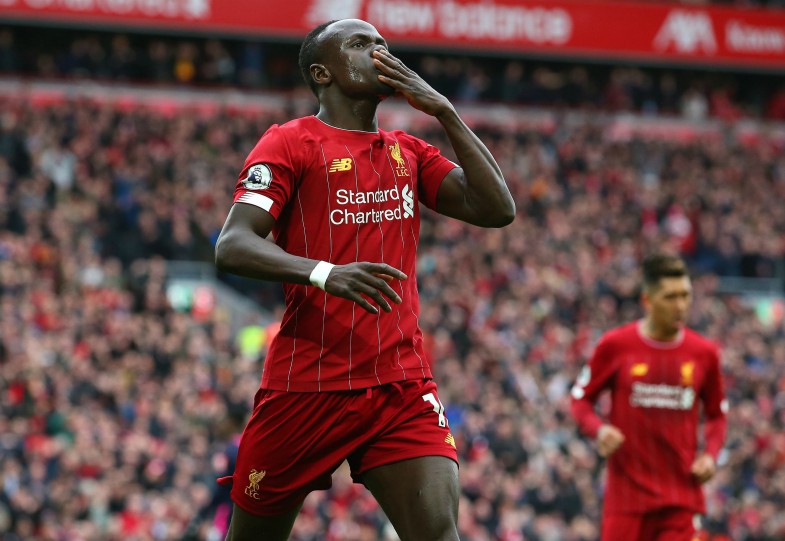 Mane is an excellent all-rounder and has had another influential campaign, with his game clearly not all about goals, but his final tally is also down from last season, and his work rate and assist stats suggest he could be even better with more of a classic number nine alongside him.

Firmino is much loved by LFC fans for the much of the unnoticed little moments of quality he brings to the team, but if Liverpool had missed out on the title again this term, his solitary home league goal might be more of an issue than the amusing little quirk it’s been portrayed as. The Brazilian clearly makes this team tick with his work rate and quality of passing, but is it really asking too much for more of a prolific player to be in that role?

In total, it’s been well documented that Manchester United’s front three of Marcus Rashford, Anthony Martial and Mason Greenwood scored more as a trio than Liverpool’s front three did this season; the fact that that includes 18-year-old Greenwood, in his first full season in the first-team, certainly doesn’t reflect too well on Firmino in particular.

It’s little wonder that Liverpool strongly considered a move for Timo Werner, according to Sky Sports, before ultimately deciding to let Chelsea sign him up instead. The Germany international arrives at Stamford Bridge on the back of a season in which he scored 34 goals in all competitions – more than any of Klopp’s current forwards. While some may say his presence would deprive Liverpool of what Firmino brings the team, they couldn’t be more wrong, as the 24-year-old is a quality all-rounder up front as well, but with the added bonus of being more clinical in the penalty area.

If Werner can continue to shine at Chelsea, this is surely going to be a transfer that comes back to haunt Liverpool, and they may be about to make another major error as the Blues make progress on a deal for Kai Havertz, according to Fabrizio Romano in the Instagram post below…

After Liverpool’s three top scorers, their next highest scorer in the league is centre-back Virgil van Dijk, with five. After that, midfielders Jordan Henderson, Georginio Wijnaldum and Alex Oxlade-Chamberlain all have four, as does another defender, Trent Alexander-Arnold.

For a club that for so long relied on the brilliant Steven Gerrard to provide double figures for goals from midfield, it’s surprising that that has not been fixed by now. Of course, it helps when you’re winning things, but if that front three isn’t quite on its game, there’s a worrying lack of options elsewhere in the squad to come up with a moment of magic or a long range shot to break down stubborn defences.

Havertz can play a variety of roles, but he could be a perfect fit between midfield and attack for this LFC side, though it once again seems he’s heading to Chelsea pretty much unopposed.

If not Havertz, then Jadon Sancho could be another player who’d improve this team, with 20 goals from out wide in all competitions, along with 18 assists, but again there is an apparent lack of serious interest in going toe-to-toe with their biggest rivals to get a deal done.

Liverpool may be justified in thinking they have nothing to worry about after such a resounding title victory, but if the likes of City and Chelsea, perhaps even Man Utd, manage to close the gap on them next season, they can’t say the warning signs weren’t there.