According to journalist Duncan Castles on the latest episode of the Transfer Window Podcast, Manchester United value out-of-favour defender Marcos Rojo at €8m.

Castles reports that the aggressive defender earns £8m per season, with the reliable transfer insider adding that the 30-year-old’s high wages and lack of action recently could hinder a move.

It’s suggested that Serie A could be a favourable destination for the Argentina international, due to the tax breaks that players from overseas receive, Napoli are reportedly keen on the centre-back.

ESPN recently reported that Ole Gunnar Solskjaer has been impressed since the ace returned from a loan spell at boyhood club Estudiantes, with Rojo said to be engaging in double training sessions. 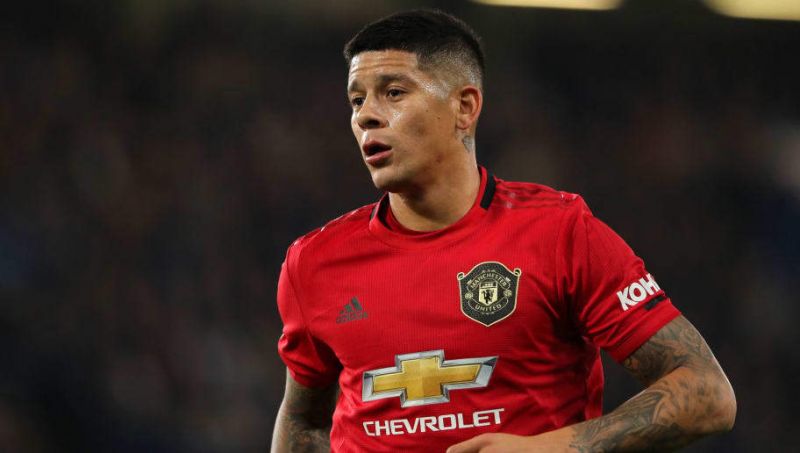 Rojo has fallen out of favour at Manchester United.

Rojo was loaned to Estudiantes in the January transfer window after making just nine first-team appearances for the Red Devils in the first-half of the season, primarily in cup competitions.

Rojo’s hopes of finding his feet in his homeland were dashed though due to constant injury troubles and the suspension of the Argentinean top-flight due to the Coronavirus pandemic.

The Red Devils signed the defender for £16m in the summer of 2014, as per BBC Sport, but the ace has now slipped well down the pecking order.

Rojo is behind the likes of Eric Bailly, Phil Jones and Axel Tuanzebe as a backup option at the heart of defence, with Solskjaer usually opting for Victor Lindelof to start alongside captain Harry Maguire.

The hard-hitting defender has made made 122 appearances across all competitions for United, the passion and desire Rojo has shown will undoubtedly see him respected by supporters when he leaves.