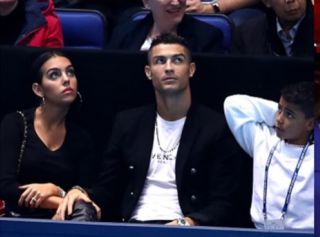 Some players will start to attract a label based on how they perform on the pitch, but that doesn’t necessarily mean they are they same away from the field.

Every elite athlete needs to have an overwhelming desire to succeed so it’s natural that they won’t be all smiles during a game, but it does give a lot of Cristiano Ronaldo’s detractors a stick to beat him with.

By all accounts he’s a fairly dedicated family man and he seems to be a decent person when it comes to his personality, and a recent report does back that up.

READ MORE: Speculation will start over Cristiano Ronaldo’s next club as sour relations with Juventus point to an exit in 2022

According to a report from Legit, Ronaldo had booked a table to have dinner with his girlfriend and son, but there was panic in the restaurant when he turned up 90 minutes early.

They didn’t have anywhere to put him so he was forced to wait at one of the public tables, and there were fears that he might be furious or act up, but it sounds like he just happily waited with his family until a table became available.

Some fans will absolutely be thinking “so what?” but this does demonstrate that he’s much more humble and likeable as a person away from football, and it’s nice to hear footballers being praised for making life easier for the general public.