According to Chelsea News via Foot Mercato, Chelsea are one of the sides that are interested in Saint-Etienne starlet Lucas Gourna-Douath, who has broke through into the first-team this season.

Foot Mercato report that the Blues are joined by Serie A contenders AC Milan and one of Germany’s top developing grounds for talent, RB Leipzig, with interest in the standout 17-year-old.

Gourna-Douath made the bench for the final two games of last season, which was cut short due to the Covid-19 pandemic, the midfielder has really kicked on this term.

It’s added that the wonderkid’s future at Saint-Etienne is uncertain due to the financial crisis the club are dealing with, with the player’s representatives also of the belief that an exit is on the horizon.

Gourna-Douath is contracted until the summer of 2023, with Foot Mercato suggesting that the ace is valued at a minimum of €15 and possibly €25m by the end of this breakout season for the midfielder.

It’s also claimed that ‘information’ on the ace has been taken down by high-profile clubs for many months now, with the three aforementioned suitors just the tipping point. 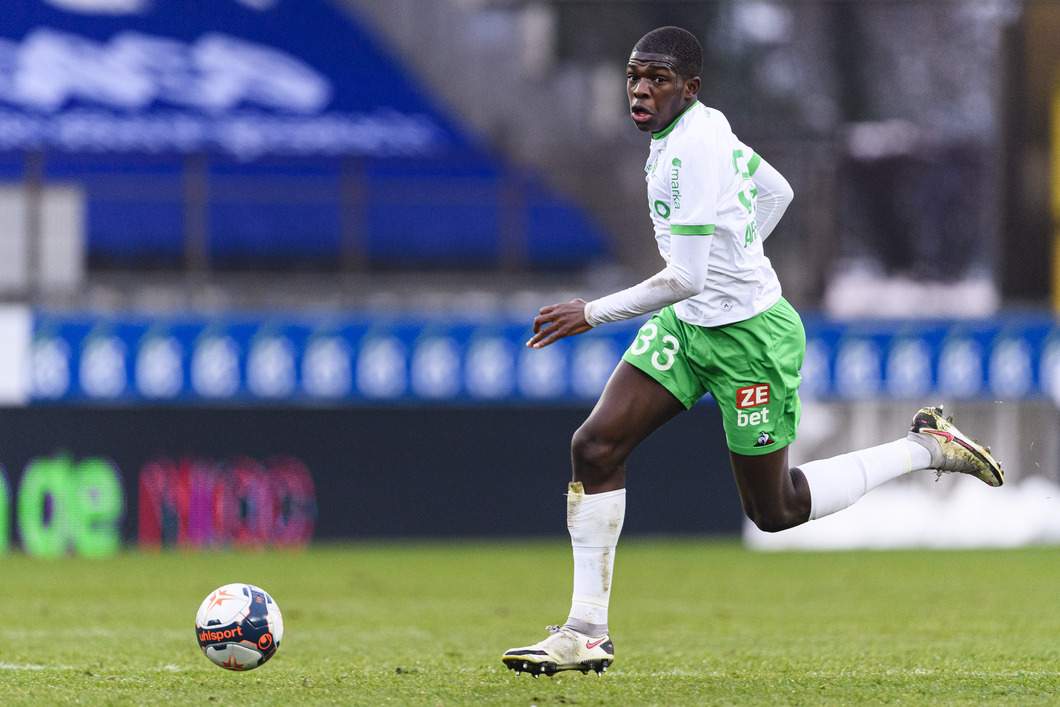 STRASBOURG, FRANCE – JANUARY 17: Lucas Gourna-Douath of Saint-Étienne runs with the ball during the Ligue 1 match between RC Strasbourg and AS Saint-Etienne at Stade de la Meinau on January 17, 2021 in Strasbourg, France. (Photo by Marcio Machado/Eurasia Sport Images/Getty Images)

Gourna-Douath, who has primarily featured as a defensive midfielder, has started in nine of his 23 appearances this term. The talent showcased his ability against Paris Saint-Germain at the turn of year.

That display came in Mauricio Pochettino’s debut as manager – also the first round of fixtures back for Ligue 1 after the Christmas break, Gourna-Douath played the entire 90 minutes and even got the better of Marco Verratti on the night.

It would be unlikely for Gourna-Douath to remain at Saint-Etienne even if there wasn’t financial difficulties.

The side that boast an excellent academy have sold talents Williams Saliba and Wesley Fofana in recent seasons under the exact same situations, after just one stellar breakthrough campaign.