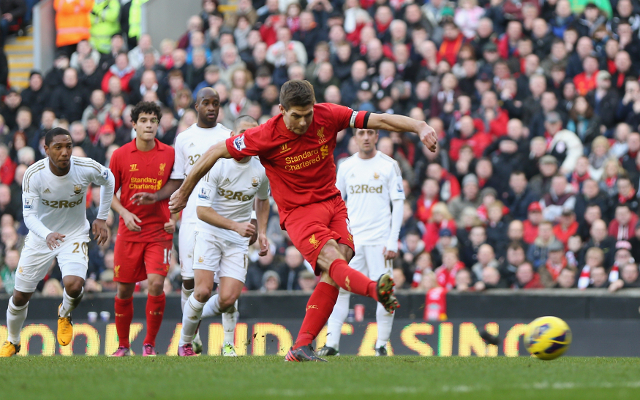 Steven Gerrard has expressed his dissatisfaction with the club’s inconsistency this season according to ESPN.

On their day, the Anfield club can look like one of the best teams in the division and with the likes of Gerrard and Luis Suarez in the squad, have some of the Premier League’s top stars at their disposal.

But too often the team have failed to replicate their good performances on a regular basis and that has seen them slip out of contention for a Champions League qualification spot this season.

Gerrard netted the winner this weekend as Liverpool beat Aston Villa 2-1 but they lost the reverse fixture last December and the England star has admitted the club cannot drop points to teams in the relegation zone if they hope to play in Europe’s elite tournament.

Their victory over the weekend still only puts them in seventh position and Gerrard feels that does not reflect the quality of the football Liverpool have played at times this year.

Gerrard believes that with a few summer additions, the club can challenge the likes of Tottenham, Arsenal and Chelsea for a top four spot.

But Liverpool boss Brendan Rodgers may find himself limited in who he can bring in this summer after being told he will have just £20 million to spend on new players.