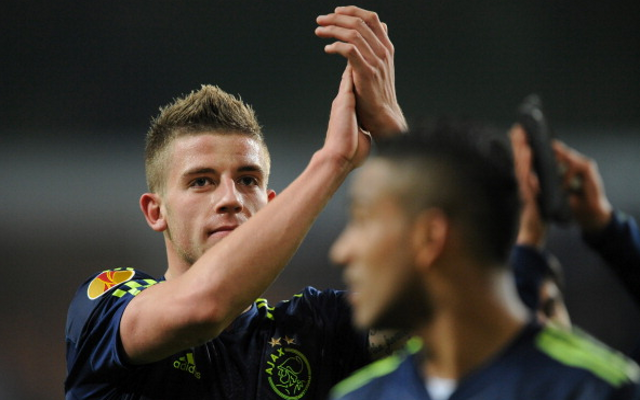 Everton and Liverpool both keen on £7 million defender.

Liverpool and Everton are ready to face off this summer in a battle to bring Ajax’s Toby Alderweireld to Merseyside according to The Daily Mail.

The Belgian defender has been in impressive form for Ajax this season as he has helped guide the club to the top of the Dutch Eredivisie.

The 24 year old has become a key part of Frank de Boer’s side but is thought to be looking to test himself at a higher level as he looks to establish himself in the Belgium squad for next summer’s World Cup finals tournament in Brazil.

Liverpool boss Brendan Rodgers has targeted the £7 million rated defender as he looks to bring in defensive reinforcements this summer. Rodgers knows he will be without the retiring Jamie Carragher while the future of Slovakian centre back Martin Skrtel is looking increasingly uncertain.

But Rodgers may find himself limited in his options after being told by the Anfield hierarchy that he will be given just £20 million to spend on new players this summer.

That could see Everton steal a march on their rivals with David Moyes hopeful of persuading Alderweireld to join his Belgian compatriots Marouane Fellaini and Kevin Mirallas at Goodison Park.