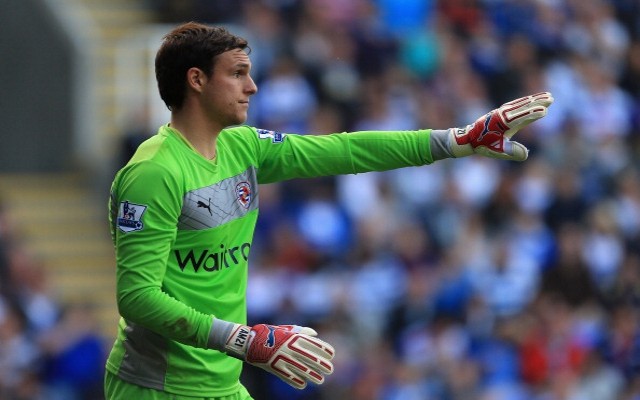 Liverpool are reportedly considering a summer bid for Reading goalkeeper Alex McCarthy according to The Daily Star.

The Anfield club were alerted to the player after he put in a highly impressive display against Brendan Rodgers’ side in the Premier League last week.

McCarthy has reportedly impressed Rodgers so much that the Anfield boss is keen to sign him for the Merseyside club.

Liverpool have now asked Reading to let them know if McCarthy becomes available, or if any other club comes in for his services.

Chelsea are also thought to be monitoring the availability of McCarthy as they look to bring in a backup for Petr Cech.

The club currently own talented Belgian youngster Thibault Courtois but the goalkeeper is keen to play first team football after putting in a number of highly impressive displays while out on loan at Atletico Madrid this season.

Liverpool boss Rodgers knows McCarthy well after his time in charge at the Madejski Stadium.

But Reading are keen to hold on to the player and Royals boss Nigel Adkins has assured McCarthy that he will not have to leave the club to fulfil his ambitions of playing for the national team.