Liverpool look to have made the surprise decision to sign Danish playmaker Christian Eriksen, despite having previously agreed terms with Shakhtar Donetsk midfielder Henrikh Mkhitaryan.

It is thought that Brendan Rodgers was targeting the Shakhtar star as a backup option to Eriksen, who seemed more likely to be moving to Borussia Dortmund as a replacement for the departing Mario Goetze.

However CaughtOffside understands, the 21-year-old has previously stated that he would favour a move to English football, particularly with Liverpool, and the move now looks to be back on as the Reds finalise a deal between themselves and Ajax.

Eriksen is also likely to be cheaper than Mkhitaryan, due to being in the final year of his contract with the Amsterdam club, and the reported transfer fee is around £15million, while the Armenian attacker would’ve been closer to £20million.

This will be a major coup for Liverpool, who are doing their best to attract the world’s best talent to Anfield as they look to rebuild and challenge for the Premier League top four once again. 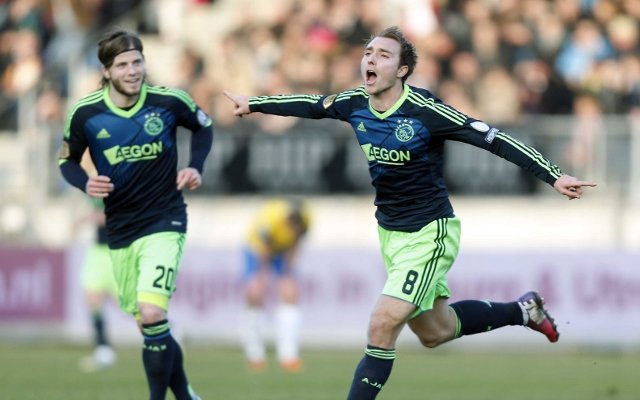 The Reds have not qualified for the Champions League since 2009, and manager Rodgers has been given the task of building a new team with a new philosophy since being appointed manager last summer from Swansea.

The Northern Irishman bought well in January, with new pair Daniel Sturridge and Coutinho settling in well, and he has already secured some good deals in the form of Manchester City defender Kolo Toure and Celta Vigo striker Iago Aspas this summer.

Eriksen would arguably be the most exciting deal of the lot, after establishing himself as one of the most exciting young players in the world since making his debut as a teenager for the Eredivisie side. The likes of Manchester United and Arsenal have also previously been linked with him, but he seems the ideal player to slot into Liverpool’s current attacking style of play.

His signing would likely see no place for Mkhitaryan, though the talented 24-year-old is likely to leave Ukraine for one of Europe’s top clubs at some point in the near future, after becoming a star player for the club in recent years.

For now, however, Shakhtar will be pleased to be holding on to a key player, having already lost Brazilian star Fernandinho to Manchester City in this transfer window.

Meanwhile, Dortmund will continue to search for new players after missing out on prime targets Eriksen and Kevin De Bruyne of Chelsea. The beaten Champions League finalists could be in for a long summer as a number of their other star players continue to be linked with moves away from the club.