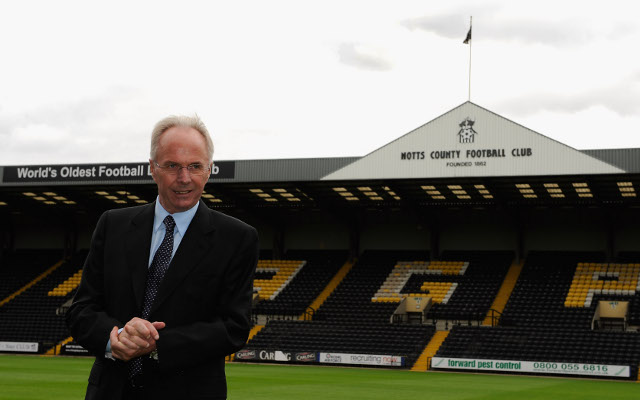 Former England head coach Sven-Goran Eriksson has revealed that his dream job in football would be to manage Merseyside giants Liverpool one day, however, the Swede also acknowledged that his chances of ever landing the role at Anfield are now all but over, according to reports in the Daily Mirror.

The Swede is currently working as head coach of Chinese side Guangzhou R&F, who he took over in January on a 19-month contract on a whopping salary of £2 million per year.

However, Eriksson has admitted that it was always his ambition to coach the Reds due to the fact that his father was a lifelong Liverpool fan, and therefore so too was he.

“In the past, it was always a dream to manage Liverpool but that will not happen,” said Eriksson, who has just released his autobiography.

“Liverpool have been doing rather well this season, better than for many years, and I hope they can compete this year in the Premier League because they haven’t done that for a long time.”

Eriksson spent five years in charge of the England national team, during which time the 65-year-old managed to guide the Three Lions to two World Cup finals, in South Korea and Japan in 2002 and in Germany four years later, as well as the 2004 European championship in Portugal.

And in total between 2001 and 2006, Erikson was in charge for 67 internationals, 40 of which he won, giving the Swede a final overall win percentage of just under 60.