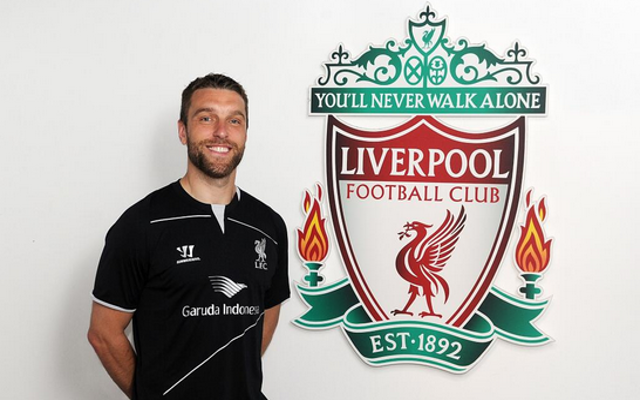 Lambert is clearly keen to impress at his boyhood club.

Liverpool’s new £4m signing Rickie Lambert has cut short his holiday following the 2014 World Cup by a week in order to report back to pre-season training early, reports the Liverpool Echo.

The Reds players that were involved in the tournament in Brazil were not due to join up with the squad until Sunday, when the team flies out to Boston for their tour of the USA.

However, keen to impress, Lambert has decided to arrive a week ahead of schedule as he looks to fulfill his ambitions at his boyhood club following 17 years of waiting.

As a teenager the 32-year-old was released by the Merseysiders and the striker has since worked his way up through the divisions in England, eventually rising to top flight fame with previous club Southampton.

Lambert’s form for the Saints earned him his first ever England cap earlier in the year aged 31 and the forward was also included in Roy Hodgson’s 23-man squad for the World Cup, making one substitute appearance in South America.

The attacker is likely to be one of the few people at Anfield to have been pleased to see Luis Suarez sold to FC Barcelona on Friday, as the Uruguayan’s departure means his chances of first team football in 2014/15 have greatly increased.