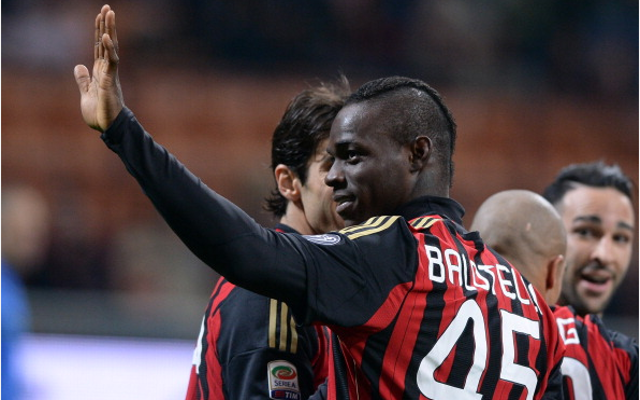 Liverpool are reportedly set to complete the capture of Mario Balotelli today according to the Daily Star.

The 24 year old Italian international has already agreed a three year contract worth £85k a week and could be present at the Etihad Stadium tonight to watch his new side take on his former club Man City.

Brendan Rodgers has been desperately looking to boost his attack with moves for Loic Remy, Edinson Cavani and Radamel Falcao all failing but the Liverpool boss appears to have found a solution to his striking crisis in AC Milan ace Balotelli.

Liverpool sold Luis Suarez to Barcelona and as such have a massive void to fill and have only partially done so with the early summer signing of Southampton veteran Rickie Lambert, with young Belgian Divock Origi seemingly being a long term prospect rather than an immediate first team option having been loaned straight back to Lille.

Balotelli is a proven goal-scorer though is of course well known for his off-field antics though Brendan Rodgers is perhaps confident of reining in the forward’s behaviour.

There are also questions about the player’s on-field temperament but no doubting his quality when it comes to his finishing.

In 18 months at the San Siro Balotelli has scored 26 goals in 43 Serie A appearances, a stat that is all the more impressive when you consider how poor AC Milan have been in recent seasons.

Balotelli would represent Liverpool’s ninth signing of the summer with Rodgers signing the aforementioned Origi plus Lambert and his Southampton team-mates Adam Lallana and Dejan Lovren as well as Lazar Markovic, Alberto Moreno, Emre Can. Young full-back Javier Manquillo has also signed for the Premier League side on a loan deal.