The wonderkid is more effective centrally…

This excellent infograph produced by Oh You Beauty shows why Liverpool’s teenage sensation Raheem Sterling should be played on the left or centrally, and not on the right wing.

The stats begin from the moment Sterling earned himself a regular first-team place in the lineup (December 2013), and now – and show – like most fans already know – that the Englishman is more effective in a pivotal no.10 role, or cutting in from the left.

This season, Sterling’s been used on the right in over half of his nine Premier League appearances, but Brendan Rodgers should perhaps consider changing this if he wants to get the best out of the world’s most promising teenager. 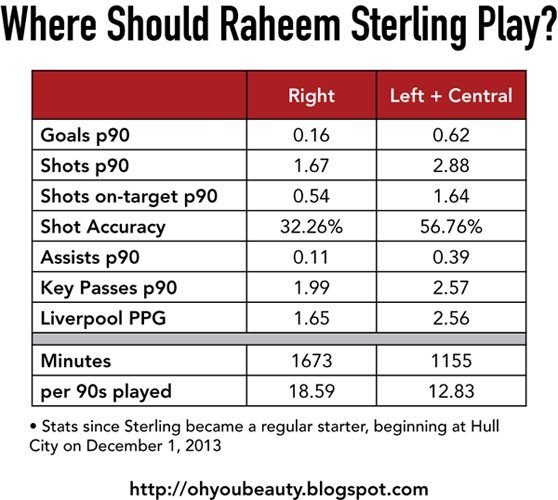