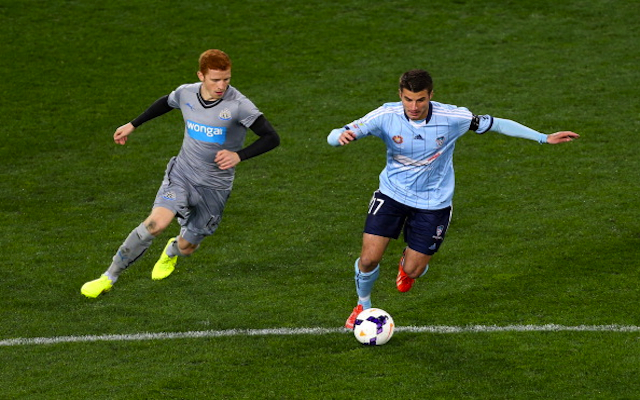 Promising young Sydney FC midfielder Terry Antonis was involved in a car accident on the way to Sydney Airport.

Sydney FC midfielder Terry Antonis has been ruled out of the Socceroos’ friendly with Japan in Osaka next week after being involved in a car accident on the way to the airport.

Antonis was taken to hospital after suffering from head and neck pain following the accident on Sunday, but was cleared of any major injuries.

Sydney FC say they will monitor Antonis’ progress before allowing the long-time Everton target to return to A-League action.

The match will be the Socceroos’ last hit-out before the Asian Cup, starting in January in Australia.