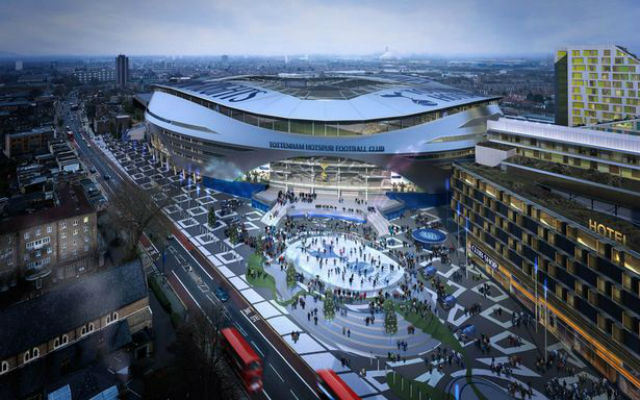 New Spurs home could be shared with NFL side.

The NFL have targeted Tottenham’s future new stadium as a potential home for an American Football team based in the English capital, according to the Daily Mirror.

Spurs are hoping their new stadium to be completed in time for the start of the 2018/19 season after construction for the 56,250 capacity ground began last year.

Chairman Daniel Levy is believed to have held talks with potential sponsors in a bid to raise funds to speed along the construction of the stadium and reports are now suggesting that the NFL have been in touch.

However, Spurs have rejected reports that they have been in discussions with the american sports giants over a prospective partnership.

A Tottenham spokesperson said: “We are not in discussions with the NFL regarding the use of the stadium for an NFL franchise.”

Wembley Stadium has hosted a number of NFL games since 2007, and it is still thought that the FA are keen to negotiate a ground share in order to become London’s sports hub.