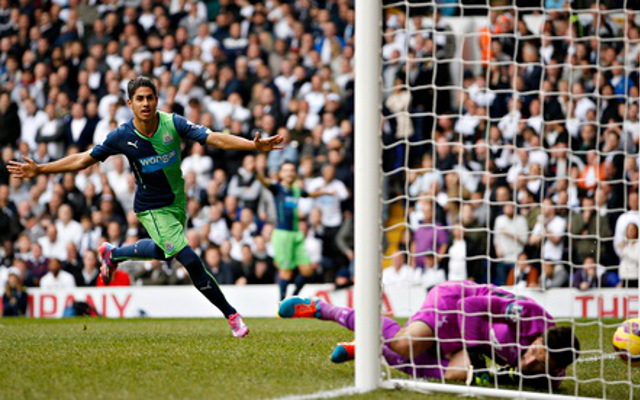 Arsenal are reportedly taking a keen interest in Newcastle United striker Ayoze Perez according to Tribalfootball.

The 21 year old has impressed a great deal since moving to St James’ Park in the summer, netting five goals in 11 Premier League starts, with his live-wire performances causing defences all sorts of problems.

Perez may well consider his options now that Alan Pardew has left the Magpies and any concrete offer from Arsenal would surely tempt the former Tenerife man.

With Lukas Podolski moving to Inter Milan and Yaya Sanogo arguably not ready to lead the line a move for Perez as an able back-up central striking option may be a wise one to consider.