Lucas is a key cog in Liverpool’s 3-4-2-1 system. The Reds have won eight of 12 Premier League matches in which the Brazilian has started this season and just three of 11 when he has not.

Captain Gerrard is fit to make his 700th Reds appearance, having being rested against West Ham at the weekend with a tight hamstring.

Coutinho will be keen to show Liverpool fans that he is worth the improved contract he just signed.

Daniel Sturridge is likely to start on the bench, leaving Sterling to continue up front. 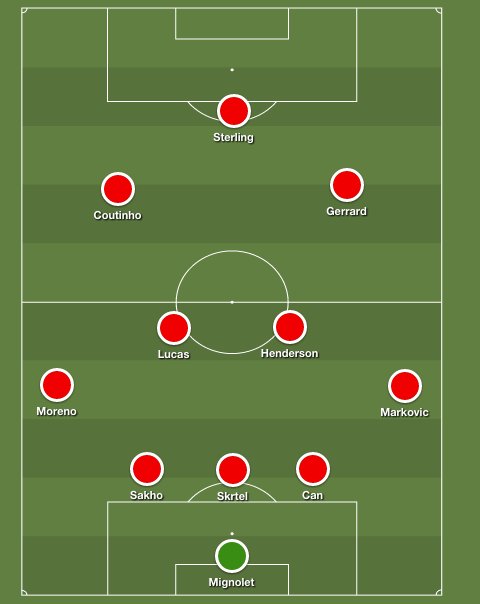