Since making his debut as a 90th minute replacement for Vegard Heggem against Blackburn Rovers in 1998, he has gone on to win almost ever honour in the game.

A fan has made a series of postcards commemorating the Liverpool man’s career and highlighting some of his greatest games. Depicted moments include The Reds’ 5-4 win over Alaves in the 2001 UEFA Cup final, the ‘Gerrard Final’ in the FA Cup in 2006, and of course the 2005 Champions League final.

They are available to buy from his website, but we bring you a sneak peak below: 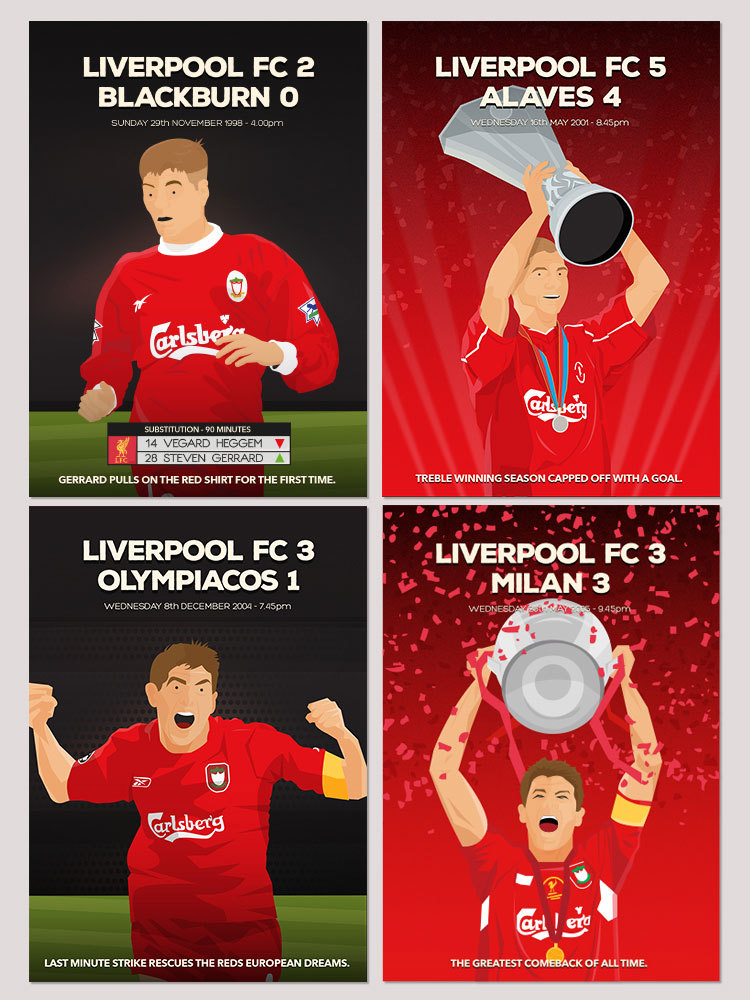 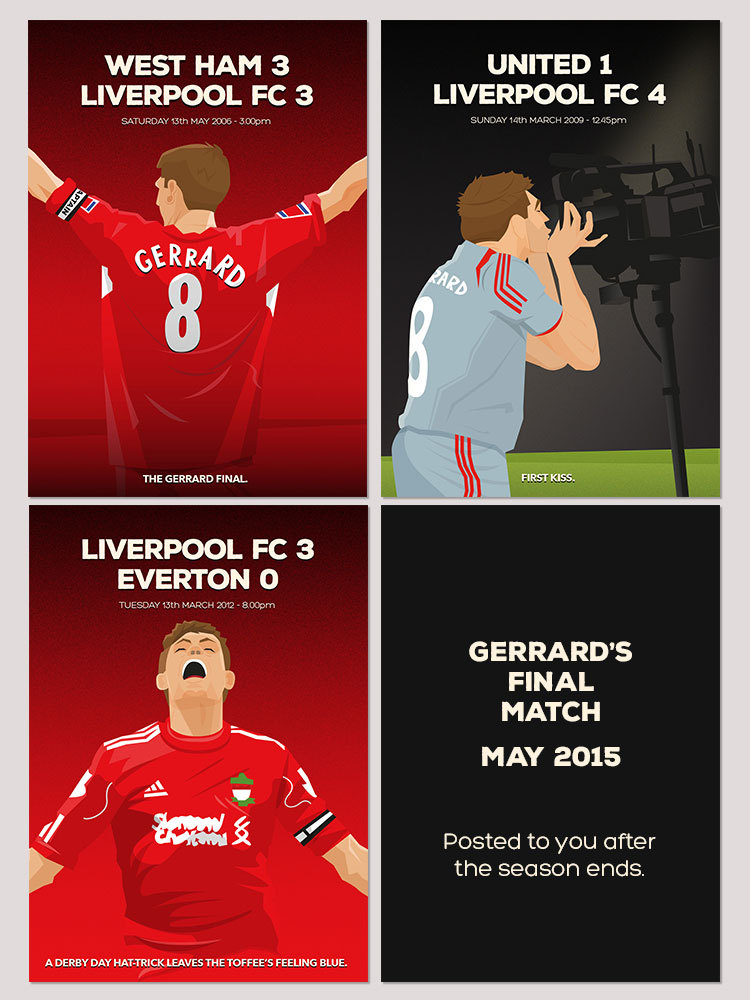