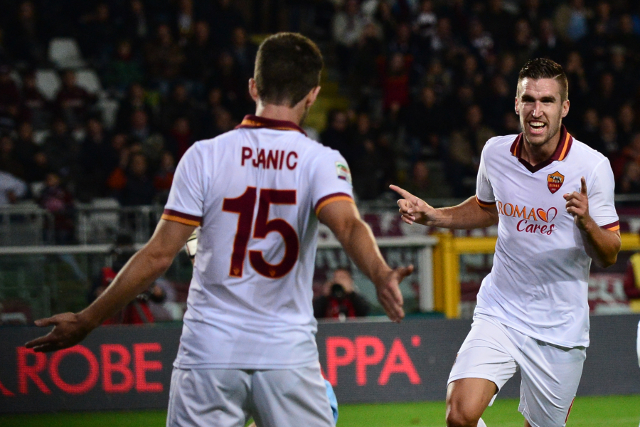 Liverpool and Manchester United are planning to take advantage of the uncertainty at AS Roma by swooping for two of their star players in the summer, according to The Express.

There has been strong speculation in recent weeks that the Rome club could be planning a mass summer clear out, meaning key midfield duo Miralem Pjanic and Kevin Strootman, who have been heavily linked with Liverpool and United respectively in the past, could be up for sale.

Pjanic, who has largely impressed in Serie A since arriving from Lyon in 2011, was tipped for a possible £37m move to Anfield in the winter transfer window and although that rumour has been rejected by the player’s agent, the Reds are expected to step up their interest in the summer.

His midfield partner Strootman has long been linked with a move to Old Trafford and it is thought manager Louis van Gaal still holds an interest in his Dutch compatriot despite his recent injury history.

After missing the World Cup with a knee injury, Strootman will miss the remainder of this season after sustaining further damage to his anterior cruciate ligament in Roma’s game against Fiorentina in January.