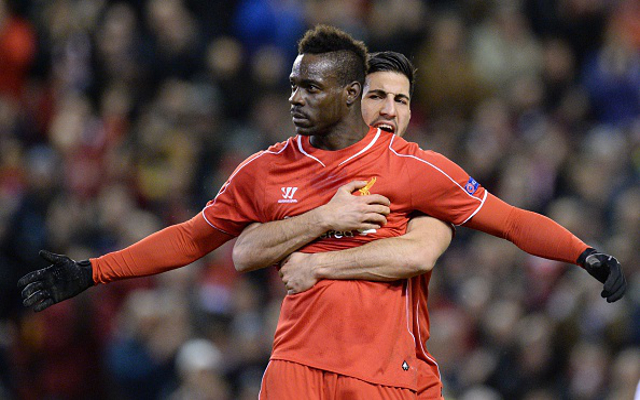 Liverpool striker Mario Balotelli had to be held back by his own supporters, who were desperate to make sure that the Italian was not dismissed like his captain during their game against Manchester United.

The controversial frontman had already been booked for clipping Phil Jones, when he became involved in a tussle with his centre-back partner, Chris Smalling. As the two players got back to their feet, Balotelli looked set to react, but was restrained by Liverpool fans.

If the striker was sent off, he would have followed Steven Gerrard, who was dismissed forty seconds after coming on in the second half.