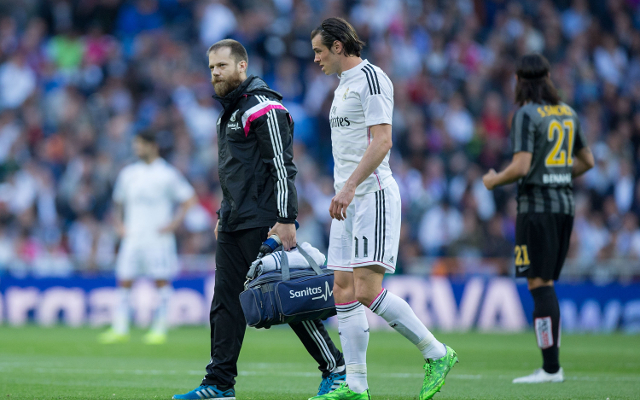 Gareth Bale is poised to hand Real Madrid a boost in the season run-in as he bids to return action within the next week.

The former Tottenham winger posted a clip on his official Instagram account assuring fans the he working hard to getting back to full fitness and is nearing a comeback.

Feeling stronger everyday! Can’t wait to get back and join the lads #halamadrid @realmadrid

The 24-year-old was substituted early in Madrid’s 3-1 win against Malaga at the Santiago Bernabeu two weeks ago and has missed the last two games against local rivals Atletico and Celta Vigo as a result of a calf injury.

In the event that all goes well in regards to his recovery, he could make his return in the La Liga clash against Sevilla at the weekend and that would be a major boost for manager Carlo Ancelotti ahead of the Champions League semi-final first leg tie against Juventus next midweek.

It has been a difficult season for the Welsh winger and there has been constant rumours linking him with a return to the Premier League in the summer with both Manchester clubs and Chelsea reportedly keeping a close eye on his developments.